Would you believe Palmeiras have never pilgrimmed to the island where everything started? Never kicked the old pigskin around in the misty dampness of her majesty’s kingdom? Well, it’s true. Palmeiras have played against English teams: Arsenal (1 victory and 1 defeat), Coventry City (1 victory), Portsmouth (1 victory) and, most notably, the unforgettable odd goal defeat to Manchester United in the 1999 Intercontinental Cup final in Tokyo. However, never played in England.

Thank you, Englishmen and women! Stay tuned to Anything Palmeiras!
. 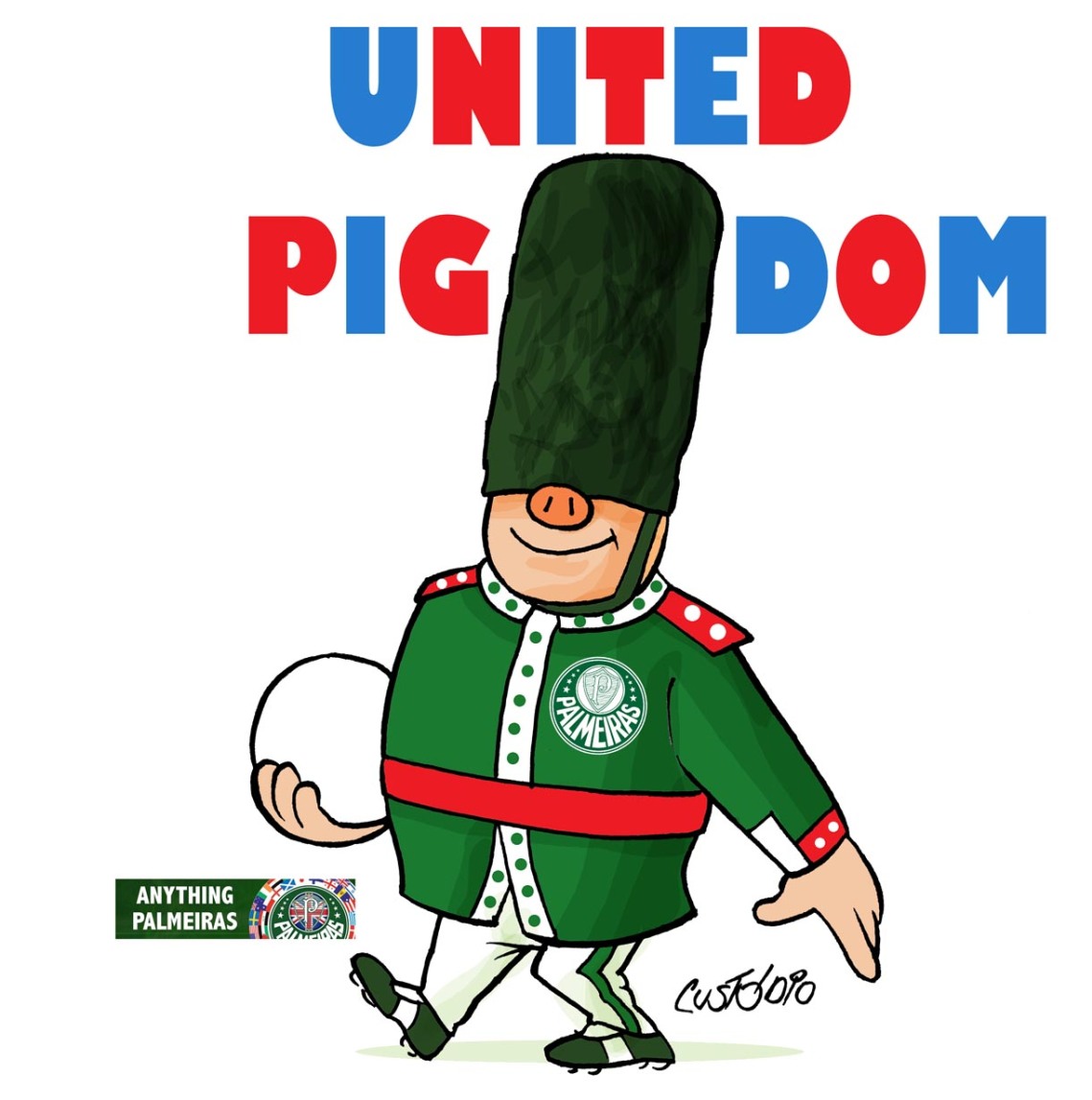 .
artwork by Custódio Rosa
research by Cláudio of IPE