The eleven stepping onto the pitch may all wear the same jersey, but they live by very different sets of rules.

Forwards are irreverent, creative, unpredictable creatures. Lead singers, always searching the spotlights. They fail repeatedly before getting it right, being graced with the ultimate reward: a goal and roars from the stands.

You cannot have a drummer messing things up in a band. Similarly, when a keeper or central defender starts failing… A squad without faith in its keeper sooner rather than later turns into a mesh of fear and anxiety. There is but one way to revert the situation: removing the bad apple.

An absolute majority of Palmeiras supporters wished centre-back Leandro Almeida out of the squad as it reunited for the 2016 season. Coach Oliveira, who knows the player well and in 2015 requested his arrival from Coritiba, seemed determined to give him another chance. With Vítor Hugo and Edu Dracena spending time in the medical department, Almeida got his shot at redemption and was doing rather fine. That is, up until last Thursday, when Palmeiras drew 2-2 at home to São Bento.
.


.
The silly error is one thing, Almeida losing his head is another. He tried to clear another ball and failed miserably. He showed his studs and was booked. Almeida clearly felt the pressure.

At the press conference after the game, coach Oliveira admitted Almeida needed some time away from the pitch, homing his skills. That could, and should, read “pack your bags son, we’re looking for a club to host you for the remainder of the season”. Keeping in mind Almeida’s contract with Palmeiras runs until mid-2019… Talk about a wet firecracker.
. 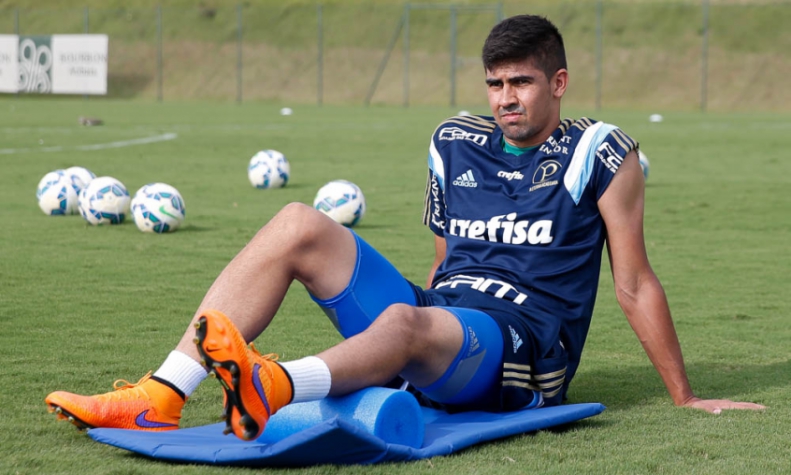