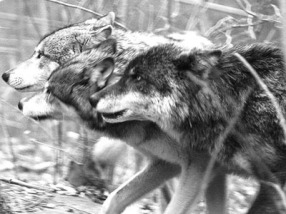 A goalless draw yesterday against Oeste, and pressure is again on the rise. Coach Oliveira agrees that Palmeiras are not performing as expected. That’s rather obvious, but it’s still good that he acknowledges it, as acknowledging is the first step towards correcting. Not that we should be worried, not yet at least: in my book, Oliveira has plenty of credit. Nevertheless, the wolves have started moving about and this year, Oliveira has no excuse falling back on: the squad is basically last year’s with a few additions; he knows the players well; training conditions are top notch; salaries paid on time. He has to make it work.

Palmeiras’ focus now is on next Tuesday’s Libertadores debut, away, against River Plate of Uruguay. Hence, a mixed team is expected against Linense on Saturday. This will be the season’s first game at the Allianz Parque, and more than 15K tickets have been sold already. Midfielder Moisés is expected to make his debut, which is something to look forward to: he made a good impression participating in the pre-seasonal mini-tournament in Uruguay last month.

The Allianz Parque has been equipped with new grass. It’s actually the same sort of grass, but apparently with better roots and in a shape that permits easy swapping of patches, if needed. WTorre claims having invested R$ 1 million (US$ 250K) in getting the new pitch ready. Let’s hope this time it holds up – last year was a disgrace. We can’t have Palmeiras playing home games at other venues while the Allianz Parque grass recovers after a show.

Speaking of WTorre, our “partner” seems to be in trouble not only with Palmeiras, but also with all other partners and subcontractors in sight. Lagging payments, unexecuted services… There are plenty of lawsuits piling up against WTorre, all linked to the Allianz Parque and how it’s run.

Now Palmeiras’ official stores, part of the “Academia Store” franchising model, are doing very well, thank you very much. Currently with 23 establishments – all located in the state of São Paulo except for one unit, in the state of Paraná – the franchise recently celebrated three years of operations. Another 14 units are expected to open in 2016.

Anything Palmeiras was featured in two interviews recently, one in Portuguese and one in English. They turned out rather well, if you ask me. Below, the links, in case you’re interested.

Esporte Final (on the “Lance!” web portal) and BettingRunner.