Specialised in sport stadiums, the “Stadium Database” website has since 2010 been launching the “Stadium of the Year” competition. In total, 32 stadiums opened in 2014 and thus entered the competition (full list of nominees here).

Today it was announced that the Allianz Parque, with close to 34.000 votes computing more points than previous years’ winners combined, had been chosen “2014 Stadium of the Year”. San Mamés (Bilbao) was the runner up with Otkritie Arena (Moscow) coming in third. In the jury vote, the Hazza Bin Zayed Stadium  (Al Ain) came first, followed by Brazilian World Cup stadium Arena da Amazônia (Manaus).
. 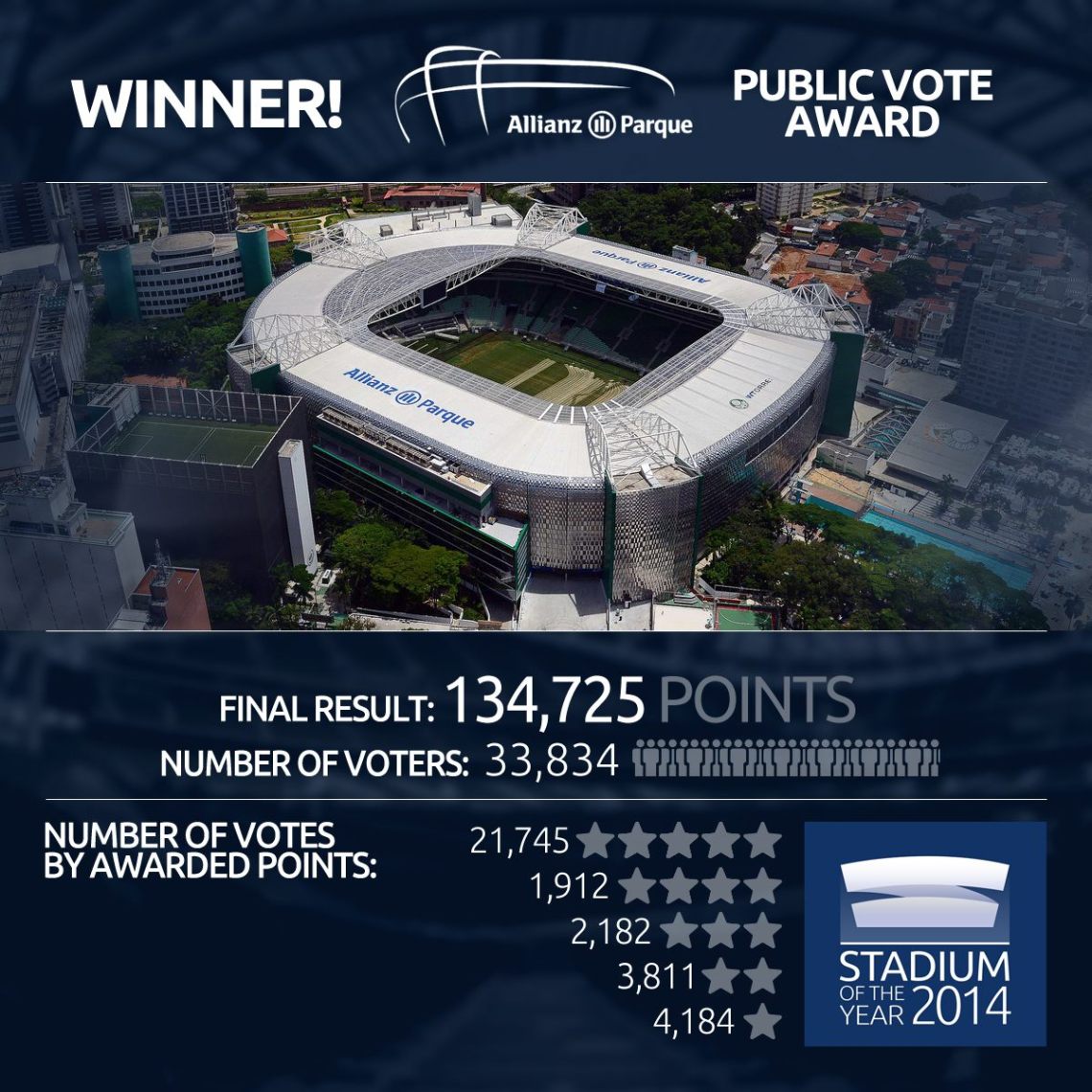 “Already before this year’s competition we knew Brazil will be a country well-represented in our Public Vote because of the spectacular World Cup stadia. After all, never before have there been 8 nominees from one country.

Still, by far the most supported new stadium in Brazil turned out to be the one opened after the FIFA tournament had long gone. Allianz Parque was occupying one of three top spots nearly all the time, from day one. And that result was achieved without any campaign to support it. In fact, it wasn’t until the last few days that the stadium itself promoted the vote via one facebook post.

A magnificent sign of support from Palmeiras supporters and not only them. The stadium also received significant number of points from voters in Europe and beyond. The final number of points is stunning: 134,725 is more than all previous winners received combined (!!!).

The new stadium in Sao Paulo had to match high expectations of a century-old Palestra Italia. It also had to fit within the extremely tight location it had to occupy. The challenge was faced very well.

Bruno Campos, architect of the redeveloped Mineirão: ‘An extremely compact and efficient Arena “squeezed” in a dense consolidated area in São Paulo, the Allianz Parque is designed to be adaptable for many types of events, dealing successfully with an existing structure and challenging urban conditions.’

Bob van Bebber: ‘The adaptability of the stadium in various configurations seems well resolved. The façade mesh is an interesting choice and may help diminish the immense scale against the close urban fabric.’”

Coincidentally, today, the Allianz Parque facebook page upped a series of pictures showing the progress of construction during four years, the transformation from Palestra Italia to Allianz Parque. Below, the thumbnail version: click on the image to go to Allianz Parque’s facebook site and the full version. 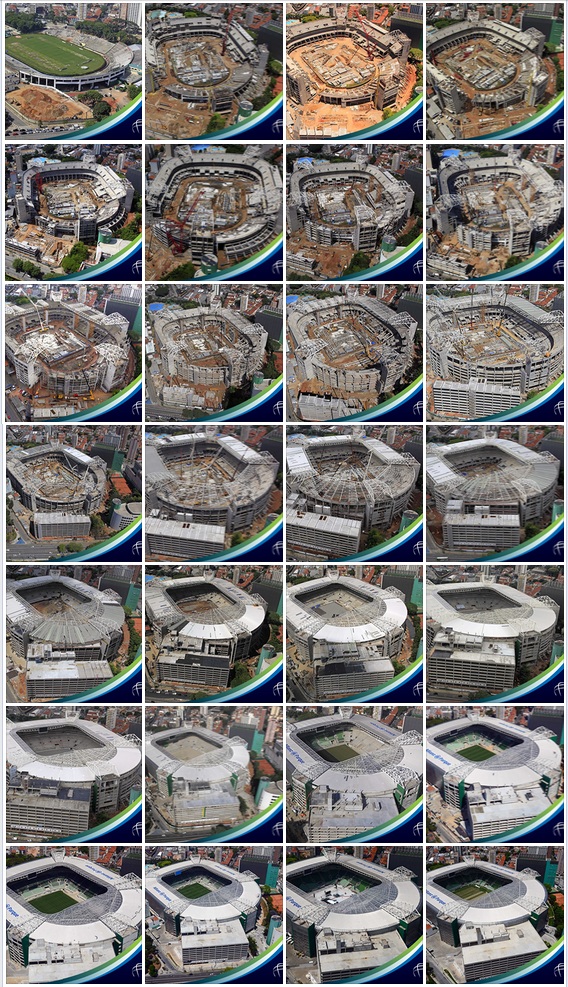