Treats are scarce. Allione has arrived but due to the Argentine Football Federation being in mourning, his documents weren’t ready in time for him to play today against Bahia. It’s possible – even probable – that Allione would have positively changed the outcome of the clash. Matters little no: based on what was on the pitch, the draw was both just and utterly disappointing.
.


.
Alarms are going off loud and clear: not only the offensive was weak, but the defence was shakier than ever. If we can’t beat penultimate positioned Bahia, who can we beat? Palmeiras are currently 14th in the tables, only three points from the relegation zone.

So, no treats. What about tricks? Ah, well, that’s a different story altogether, as there will always be tricks when our own favourite trickster Valdivia is involved.

“Our own”? Didn’t Valdivia sign with Al Fujairah some two weeks ago? No, he didn’t. He went there, but then… went up in smoke. His parents even picked up the phone and called Palmeiras a few days back, “worried” because they didn’t know about their son’s whereabouts. Right. Like they haven’t see any of the several selfies published by palmeirenses with Valdivia at Disneyland. Or the pictures Valdivia’s wife has been publishing, for that matter.

Valdivia’s contract with Palmeiras is still valid. He hasn’t signed with another club. Nor is he coming back to Palmeiras. There’s obviously more to this story than meets the eye, but this is not the moment for disclosure. In due time, in due time… I’m just saying this: if you, palmeirense, have any affection for him, rest assured he doesn’t deserve it.

Speaking of deserving: Louis Abe, our “consul” in New York and New Jersey, certainly has every reason to be proud of the tremendous success that was the Casa Palmeiras – New Jersey edition.
. 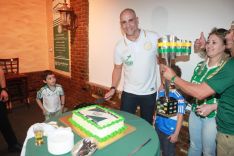 .
More than 200 people – mostly palmeirenses but also supporters of other clubs – came to the chosen restaurant to meet with former Palmeiras keeper Marcos and watch the derby against Corinthians. The event had the backing of Palmeiras Tour and the club’s marketing division, but Louis was instrumental in the process from start to finish. Parabéns!

UPDATE: Parabéns also to Marcos, today celebrating his 41th birthday. And take note now: Marcos and I share not only the same birth year, but also the same hight (193cm – 6ft 4in).

There’s another gentlemen deserving his parabéns: masseur Sérgio Luís de Oliveira, pictured below in the centre. Serginho has been working at Palmeiras since 1998 and was last Wednesday called up by new national coach Dunga to be part of the Brazilian team. Although Serginho has previous experience with national squads – volleyball – the draft came as a pleasant surprise to him.
. 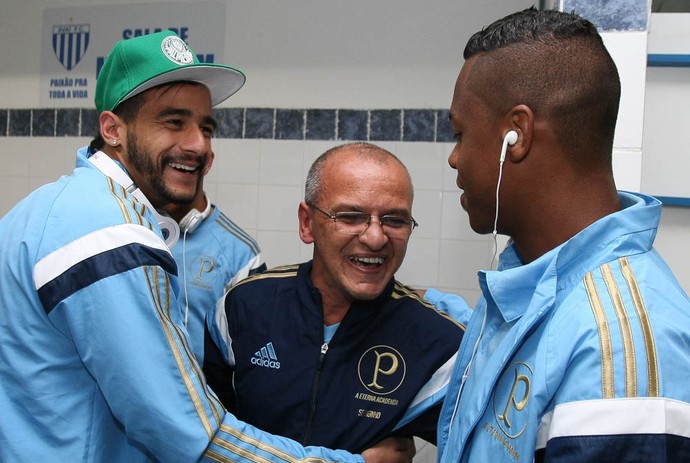 .
Serginho’s first assignment will be in September, when he will cater for the athletes at two friendly games – against Colombia on the 5th and against Ecuador on the 9th – both games to be played in the US (Miami and New Jersey, respectively).

In the previous post, I forgot to mention the launch of a fourth commemorative jersey, used by the squad for the first time in the game against Fiorentina.
. 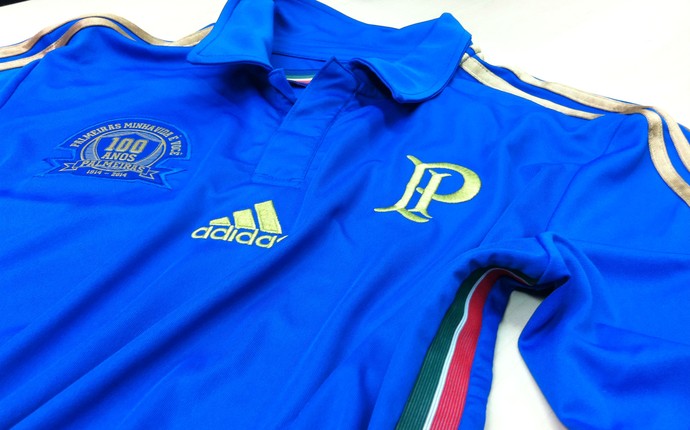 .
This model has (surprise surprise) been named “Azzurra“, paying homage to Palmeiras’ Italian roots and the Italian national squad.

Last Saturday, Fiorentina beat Peruvian side Universitário 1-0, securing the EuroAmerican Cup to the Old World for the second time out of two.

And that’s all for today. As always, keeping the faith.