Construction on the already infamous “Itaquerão” stadium destined for Corinthians the opening of the 2014 World Cup can halt at any moment due to uncertainties regarding the financing. The Federal Government is already sketching up a Plan B: move the inauguration game to Brasilia.

In Rio de Janeiro, local authorities yesterday declared the João Havelange stadium, commonly known as the Engenhão, closed until further notice. The stadium, built between 2004 and 2007, has been deemed structurally unsafe: strong winds have weakened the roofing.  While the Maracaná stadium undergoes its complete renovation, the Engenhão has been Rio de Janeiros’ main arena. The big four now scramble to find solutions: Fluminense have already announced they are taking their Libertadores games to Vasco’s São Genoário stadium.

In the meantime, Palmeiras’ New Arena is quietly materialising, centimetre by centimetre. With roughly 68 per cent of works concluded, Latin America’s most modern multi-purpose stadium is coming true without any public money or tax breaks, only through private investments.

The progress of the construction can be followed in detail on the official hotsite of the New Arena (also available in English), as well as on several blogs and forums, for example the Pró Palmeiras, La Nostra Casa, Blog da Arena Palestra Itália and the Skyscraper City thread. What follows below is something different and very modest, a few personal reflections based on a visit* conducted to the construction site at the end of 2012.
. 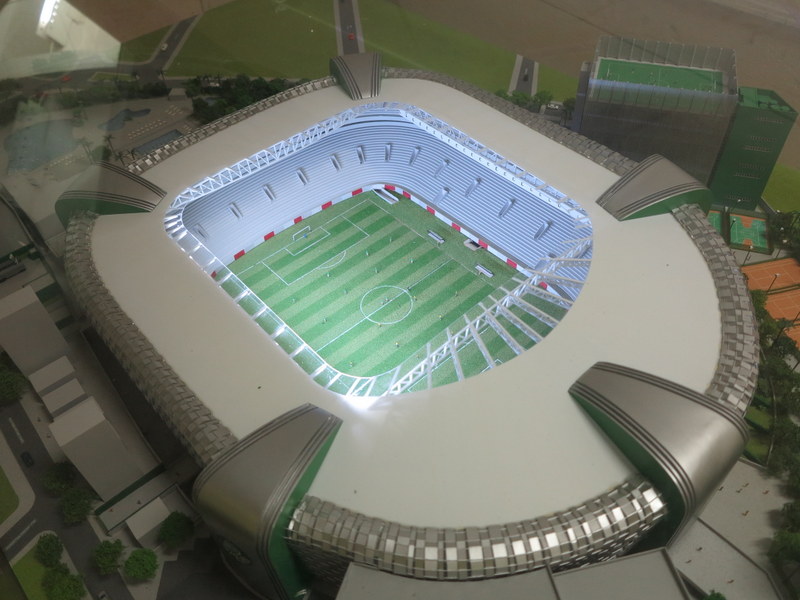 * My very special “thank you” to the marvelous people at DSM, and especially Daniela, granting me access to the construction site and a guided tour.