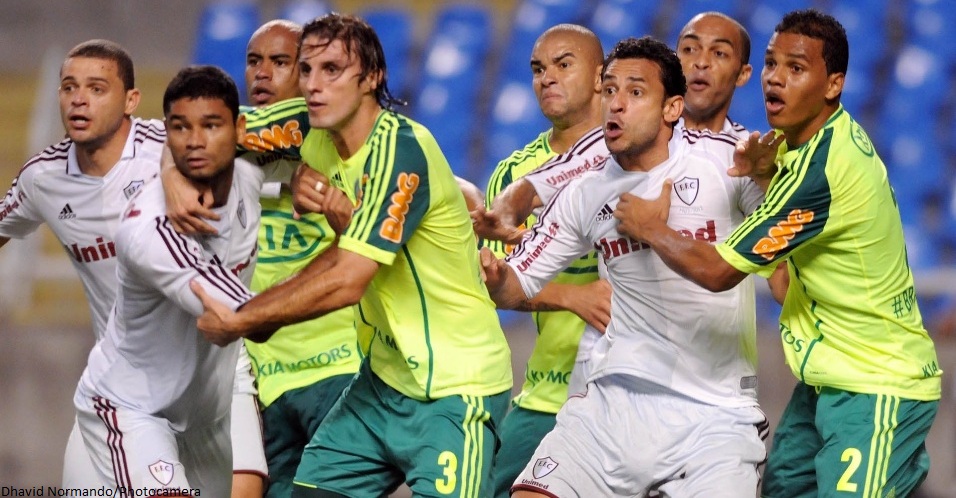 .
Palmeiras left the Engenhão empty-handed but with the head held high and renewed confidence; playing as equals against – and for large parts even better than current runner up Fluminense, the Verdão created more chances than the cariocas and showed that the squad is slowly shaping up into a competitive unit. Of course the result was bad per se, but the curve is without doubt pointing in the right direction and with the return of key players from the medical department, Palmeiras should within a few rounds see themselves steering clear of the turmoil of the relegation zone. Top priority is installing some mad skills (read Valdivia) on the midfield: if the Chilean returns fierce against Flamengo – and Henrique drops back slightly to neutralise Vagner Love – I can almost guarantee you the three points on Wednesday night at the Barueri stadium.

Yesterday, Felipão was up in the glassed box, prevented from commanding the team due to yet another clown-like ruling of the Supreme Tribunal of Sports: 2 games suspension for “having kicked the ball in an unsportsmanlike way, showing his disagreement with a referee decision”. Sidekick Murtosa stepped in, as usual. Palmeiras came with Bruno; Artur (Betinho 41′/2nd H), Thiago Heleno, Maurício Ramos and Juninho; Henrique, Marcos Assunção, Patrik (João Vitor 29′/2nd H) and Fernandinho; Obina (Mazinho 14′/2nd H) and Barcos.

Obina and Barcos made life quite difficult for the Fluminense line of defence and only the qualities (and luck) of former Palmeiras keeper Diego Cavalieri kept the scorecard closed well into the second half, when a moment of distraction punished Palmeiras. Again: it was a bad result considering Palmeiras’ tricky situation in the tables (first team in the relegation zone) but the overall, and positive, impression lasts.