Palmeiras started the São Paulo state Championship strongly, but missed two points in the first derby of the year. The season’s first signing to the A team is yet to happen, but there’s an interesting newcomer in the youth divisions. And the Allianz Parque is receiving new “grass”.

Ituano 0x4 Palmeiras
A game with very distinct halves. Palmeiras threatened to impose a heavy rhythm from the beginning, but was stopped by the many fouls of the opponent, unable to break the deadlock in the first 45 minutes. In halftime, Luxemburgo made his magic in the locker room and players returned eager to demonstrate a new attitude, rewarding the palmeirense in and from the city of Itu with four beautiful goals, signed Marcos Rocha, Lucas Lima, Zé Rafael and Willian.

Palmeiras 0x0 São Paulo
Already in the second round, a classico awaited, Palmeiras Sunday taking on the eternal enemy with a performance convincing enough to maintain the faith of supporters. Playing in sauna-hot Araraquara, Palmeiras created the best opportunities, twice hitting the woodwork and crowning Tiago Volpi best player of the opponent’s side.

Lucas Lima
It is too early to draw conclusions, but Lucas Lima is a very different player compared to what we saw last year. The uninterested midfielder of 2019 initiated the new year performing well in the Florida Cup and has so far, in the first two official games of the year, been the highlight of the team. Let’s hope this is not just “fire in the hay”, as we say in Portuguese.

Signings
There are negotiation underway for forward Rony, of Athletico Paranaense. The values are high and there is a different understanding between the players’ representatives and his current team about each side’s share. The delay in closing the deal is frustrating the less patient Palmeiras supporters. Add the fact that Corinthians are monitoring events closely… Time will tell which colours Rony wears in 2020.

While newcomers to the A team shine with their absence, Palmeiras last week secured the arrival of 17-year-old forward Marino Hinestroza, from America de Cali (Colombia) to the youth divisions. Hinestroza is a very promising forward, quick on his feet, and with a powerful shot. With experience from Colombia’s youth national squad, details about his transfer to Palmeiras are unknown, but we’re most likely looking at a loan deal, with an option to buy for a predetermined price.

Allianz Parque
The new carpet – literally – is being installed. It is looking neat and we hope that the terrible conditions of the pitch our players had to face in previous seasons are gone for good. The first game at the Allianz Parque with the new “grass” will probably be against Mirassol, on 16 February. 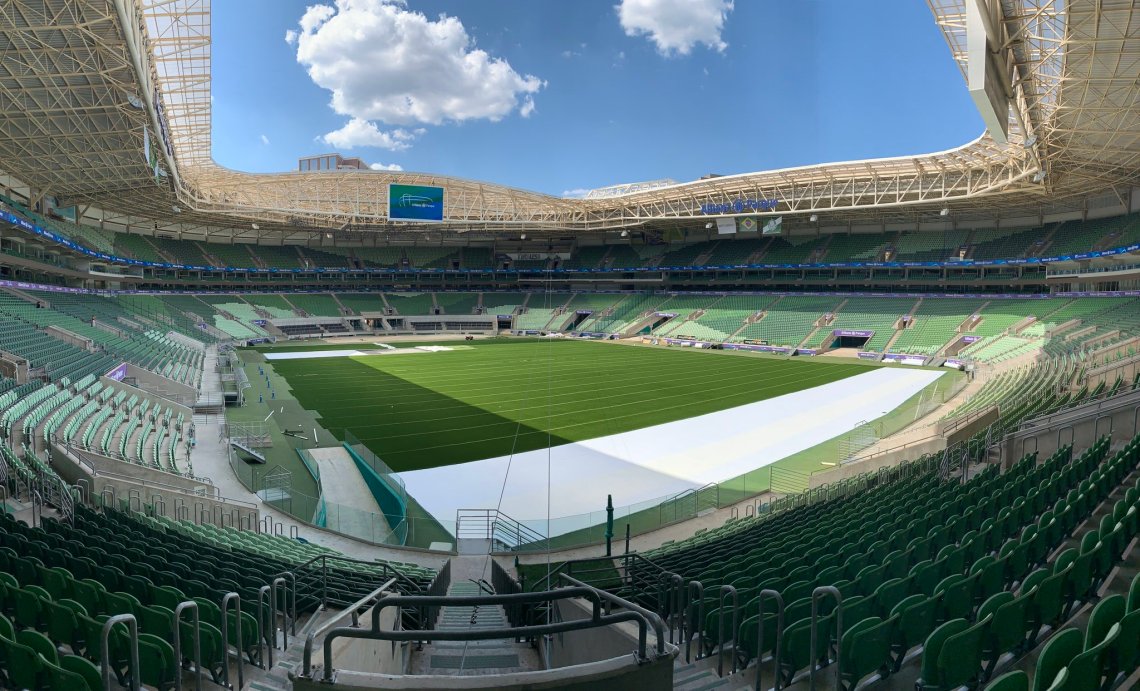