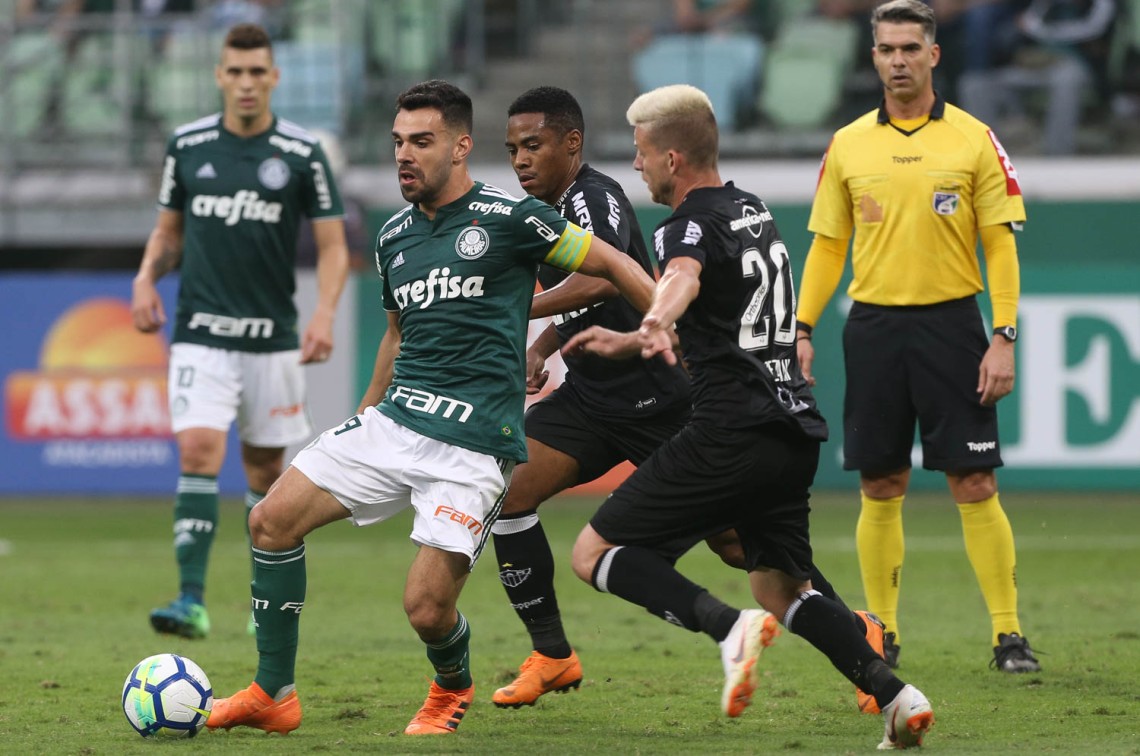 .
The last three games has seen Palmeiras take the lead and concede the draw. The same scenario played out yesterday, two times, and supporters were already ventilating their anger when Bruno Henrique secured victory as the referee inhaled to blow his final whistle. Joy and relief, mixed with a certain dose of frustration: if last Thursday’s performance was marked by sluggishness, yesterday’s was pure adrenaline and haste, an anxious overdrive that did Palmeiras little good. Roger Machado needs to find a path in between these two extremes. Adjustments much more mental than physical/technical, it seems. And the same should be said about our supporters…

Apart from Bruno Henriques’ brace (a stunning free kick followed by that last-second winning header) Moisés was yesterday’s exclamation mark: after having opened the scorecard with two minutes on the clock (then absurdly receiving a yellow for celebrating with a camera), his presence was strong throughout the game, covering considerable ground and adding equal amounts of offensive and defensive quality to the midfield.

If there’s one thing Machado needs to work on it’s compacting the team. Lucas Lima and Scarpa must be allowed to go deeper, picking up the ball with the defenders and create from there. Long transitions from defence to offense are not the way to go with so much quality on the midfield, Borja injured and Deyverson on the bench.

A final word on Felipe Melo: he reads the game well and has an outstanding pass – especially that long one travelling from one side to the other – but he’s becoming increasingly slow and can’t really stay combative for the full 90 minutes. Machado must look into options here.
.

On the Wednesday, Palmeiras travel to Rio to take on Fluminense. In my script, Gustavo Scarpa scores the winner against his former club, while Flamengo suffers defeat against Santos at the Vila Belmiro, narrowing the gap to four points…