Had Palmeiras not suffered defeated against Sport last Saturday at the Allianz Parque, a negative result against Cruzeiro at the Mineirão Stadium would be treated as “normal”. However, the second straight defeat naturally whipped up a new storm at Palmeiras.

The first half did not present clear opportunities for any of the teams. Cruzeiro exercised slightly superior ball control, but Palmeiras defensive line was solid and neither keeper had to work during the first 45 minutes Not that the game was a sleeping pill: the action was intense on the midfield, but rarely progressed from the mid segment, making it not very interesting to watch.

Hyoran replaced Lucas Lima in halftime and Palmeiras improved, taking on Cruzeiro’s more dominant role from the first half. Still, both teams remained cautious, aware that any one mistake could prove fatal. Unfortunately, the worst scenario for Palmeiras played out. In the 23rd minute, failure to intercept a crossed ball that offered itself to Rafael Sóbis: the Cruzeiro forward turned and took a weak shot, Jailson seemingly expecting a rocket to his left side, sheepishly watching the ball enter to his right.

In search of the equalizer, Roger tried some unconvincing substitutions, replacing Dudu and Willian with Moisés and Deyverson. Palmeiras created no real opportunity and the scorecard remained unaltered until the final whistle.
. 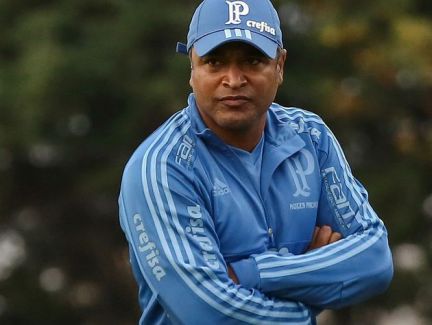 Here at Anything Palmeiras, we remain true to our conviction that a primary malaise in Brazilian football is the frequent swapping of coaches: on average, teams change every five months. We will never know what Roger Machado can or cannot do if he is replaced (and by whom?) now, after less than five months heading Palmeiras. When will we see a club president stick with his coach through thick and thin, giving him at least a year of peace? They all say they will. They all break their promise as soon as the pressure increases. In order for this to work, Machado needs to be protected. Supporters need to be told Machado’s staying. More importantly, players – used to the frequent swapping and partially responsible for it – must also be told and made believe it. In addition, everyone needs to feel the whip: Palmeiras have a structure like no other in Brazil, top notch training facilities, paychecks always cashing on time, passionate supporters. Playing for Palmeiras is an honour and with that honour, comes added responsibilities. Not all players in the squad seem fully aware of this, partly to blame on a certain lack of command at the club. In the last two years, we have seen a gradual switch back to old habits of management and old ways of doing politics at the club, features that invariably trickle down and influence the working conditions of the squad in a myriad of ways, often hidden to the outside observer. Paulo Nobre was partially successful in implementing the remedy, but things change rapidly at Palmeiras. For good and for worse, and mostly for the latter. Nothing new here, unfortunately.

Next game is a big one: São Paulo FC, Saturday 9pm, at the Allianz Parque. The importance of this game cannot be overestimated. Either confidence in Machado is somewhat restored, or it is lost definitely. Right now, in accordance with Brazilian tradition, Machado’s heading for an early end at Palmeiras. A good performance against São Paulo would give him the peace he needs to finish well the pre World Cup batch of 12 rounds, then enjoy the month of training to come back strong for the remainder of the season. Yes, wishful thinking it is. Optimism is key, always.