Adidas has been Palmeiras’ provider for twelve years, but the continuation of the relationship seems to be hanging by a thread. The reasons are multiple. Several of more recent models put out by the German giant have not been particularly well received by supporters. The poor international visibility, and a business model whereby Palmeiras receive a fixed annual sum and not a percentage according to sales (mind you Palmeiras are Adidas’ fifth highest selling football club brand in the world) are other factors.
. 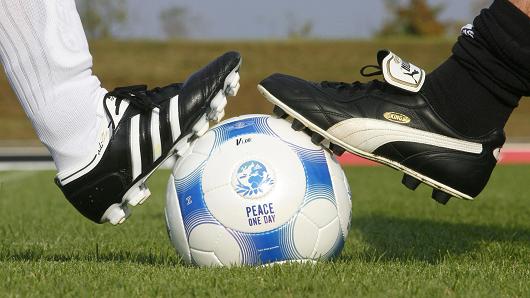 .
Rumours regarding a swap have been frequent for some years, but this time it seems more plausible than ever. Two other offers are on the table: Brazilian brand Topper – with teams like Botafogo and Atlético Mineiro in their portfolio – and PUMA.

Reportedly, Topper has presented the financially most lucrative bid of the three. PUMA is somewhere in the middle, with compatriot Adidas trailing behind. Now, of course, there is much more than numbers to consider when assessing these offers: marketing strategy, distribution channels and logistics, and consumer awareness are just a few of the variables.

PUMA have two things going for them in particular. They offer an exclusivity clause, meaning they would not sponsor any other Brazilian football team for as long as they are partnering with Palmeiras. They also promise (although this should be treated with a healthy dose of reality check) they will give Palmeiras their “global brand” status, levelling with the likes of AC Milan and Olympique de Marseille in 2019.

PUMA are also, indisputably, the brand of choice among Palmeiras supporters.

My sources are particularly vague on this one, not much is leaking from inside the club, which is good. That being said: I’d put my money on the feline.