Although not yet made official, Palmeiras have signed Roger Machado as new coach. The 42-year old from Porto Alegre was the club’s second choice after Abel Braga, who asked for a couple of weeks to consider the offer and immediately was left hanging. Palmeiras’ timing was perfect: the 2018 squad is already being assembled and there is no time to lose.

Machado played professional football for 14 years and was in the 90ies considered one of Brazil’s finest left-backs. His 404 games for Grêmio mark the highlight of his career, with three Brazil Cup titles, one Brasileirão title and one Libertadores Cup title. He won a fourth Brazil Cup title with Fluminense in 2006, making him the player with the most number of Brazil Cup titles in history. Curiously, Machado has but one appearance in the Brazilian national squad.
. 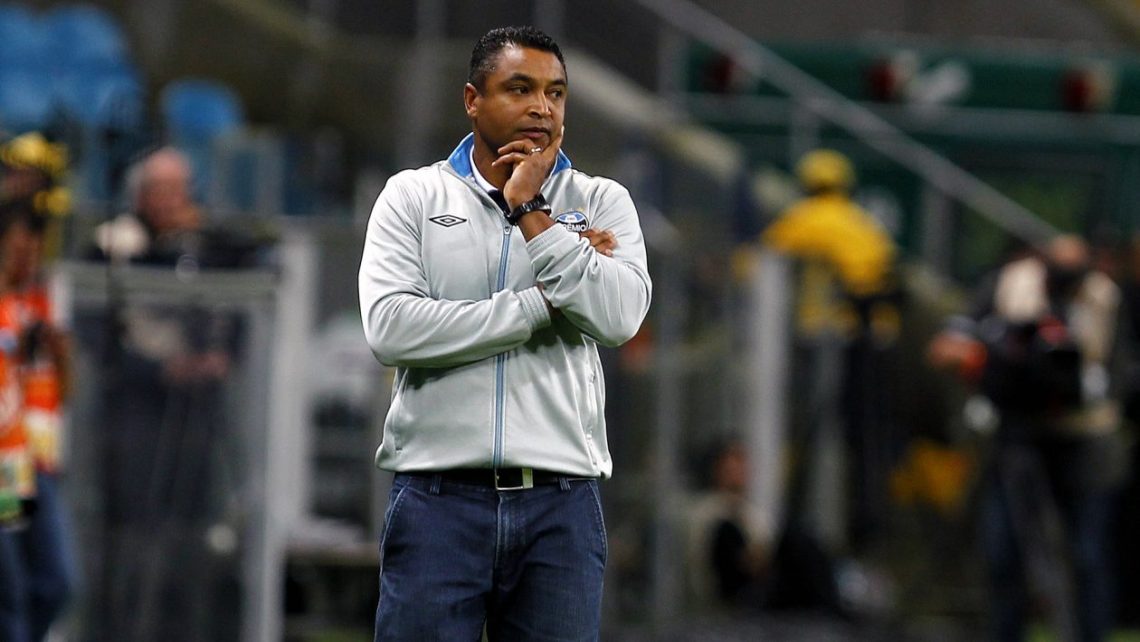 .
Initiating as assisting coach in 2011 at Grêmio, Machado two years later went on to coach more modest teams Juventude and Nova Hamburgo before returning to Grêmio and doing good work throughout the 2015-2016 seasons. In 2017 he was one of Palmeiras top two options, but as the Verdão delayed negotiations, still hoping Cuca would remain, Machado was snatched by Atlético Mineiro (while Palmeiras, as you remember, ended up with Eduardo Baptista).

Roger Machado is not a seasoned coach, but he is no rookie either. And although he is yet to bag a national title (he only has the 2017 Minas Gerais state championship title with Atlético) he has shown capability to implement interesting and modern concepts on the pitch, aggressiveness and speed being primary trademarks of his when holding possession.

Machado has signed a one-year contract. Best of luck, Roger!