Like magnetism, Palmeiras seek the young and the young seek Palmeiras. Dudu, Erik, Róger Guedes are recent examples of hungry and upcoming players who received offers from a number of major clubs but chose Palmeiras. The list now grows larger with the announcements of Danilo “Tchê Tchê” Neves and Yerry Mina. 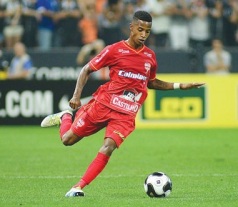 Danilo Neves is 23 and has two more weeks on his contract with Audax. The midfielder, equally good on the right flank, is the kind of player Cuca likes: polyvalent and dynamic, with a quality touch to both his left and right foot. Targeted by Corinthians and Santos, he rapidly settled for Palmeiras, signing a three-year contract. With potential to grow, he should see action in smaller games throughout the season. A bit of a gamble this one, but nevertheless an interesting signing.

Yerry Mina is only 21 but already a pillar in Colombia’s Olympic squad. The 193 centimetres tall fullback plays for Independiente Santa Fe and will conclude the season for his current club before joining Palmeiras on a five-year contract – price tag of roughly US$ 4.5 million – as soon as the international transfer window opens on 20 June. Thus, for the first ten rounds of the Brasileirão, our centre lock will continue to be V. Hugo and Thiago Martins.

With three goals in this year’s edition of the Libertadores Cup, Mina has drawn attention also from European clubs with his offensive qualities to match the defensive. Me, I’m already imagining our adversaries tremble as Egídio and Cleiton Xavier serve up Vítor Hugo and Mina at corners and free kicks. 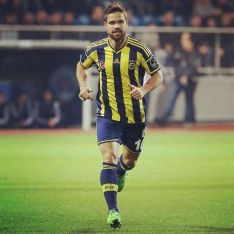 Investing in youth is all good, but must be matched by equal shares of experience, responsibility and proven quality within the squad. One or two players that could go straight into the starting eleven would be ideal, starting with a calibre playmaker. A plausible candidate is Diego, who has become all too familiar with the bench at Fenerbahçe and now openly declares his desire to return home. Palmeiras would however have to make a good offer to reel in the former Santos player, who also has defended Porto, Werder Bremen, Juventus, Wolfsburg and Atlético de Madrid: Cruzeiro and Corinthians are also targeting the 31-year-old, in addition to two Spanish clubs. Mattos, do thy magic!