Gone was the initial apathy of recent games, Saturday Palmeiras orchestrating the Pacaembu from the very beginning. Our Verdão are increasingly competent up front, now sporting the championship’s best offense with 48 goals in 27 rounds: a 1.78 average. Nevertheless, the second major difficulty from previous games prevails: shaky defending. Palmeiras’ defence is in the bottom half with 30 goals suffered. Gabriel’s exit was, of course, a turning point for the worse.

Marcelo Oliveira’s challenge is to keep offensive power while promoting improvements to the defensive sector. Recently arrived Thiago Santos is an important piece in the puzzle and continues to impress. That being said: Thiago is not available for the Brazil Cup, having already played in the competition for América Mineiro. Amaral is clearly not the solution. Possibly Oliveira opts for Girotto against Internacional on Wednesday, the first leg of the Brazil Cup quarterfinals being an away game. Girotto has both offensive and defensive qualities and scoring is more important than ever, away goals carrying that extra weight in the Cup. Wednesday should also mark the return of Dudu, most likely replacing Rafael Marques. Oliveira has some thinking and testing to do.

Below, highlights from Saturday’s clash.
.


.
The perfect combination of results saw Palmeiras cling on to the fourth place and a spot in next year’s Libertadores Cup. Let the climb continue.
. 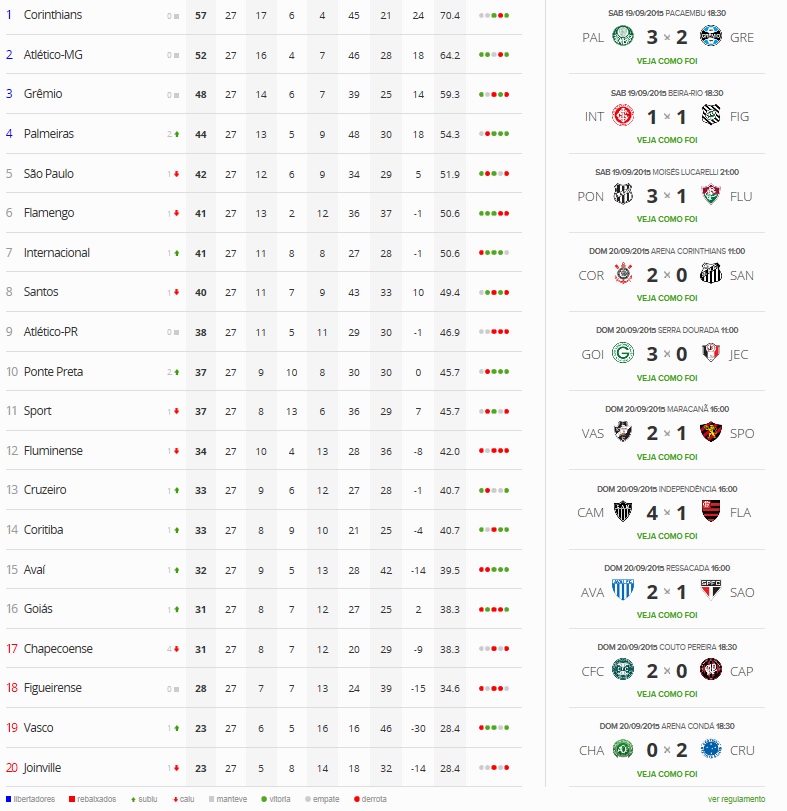