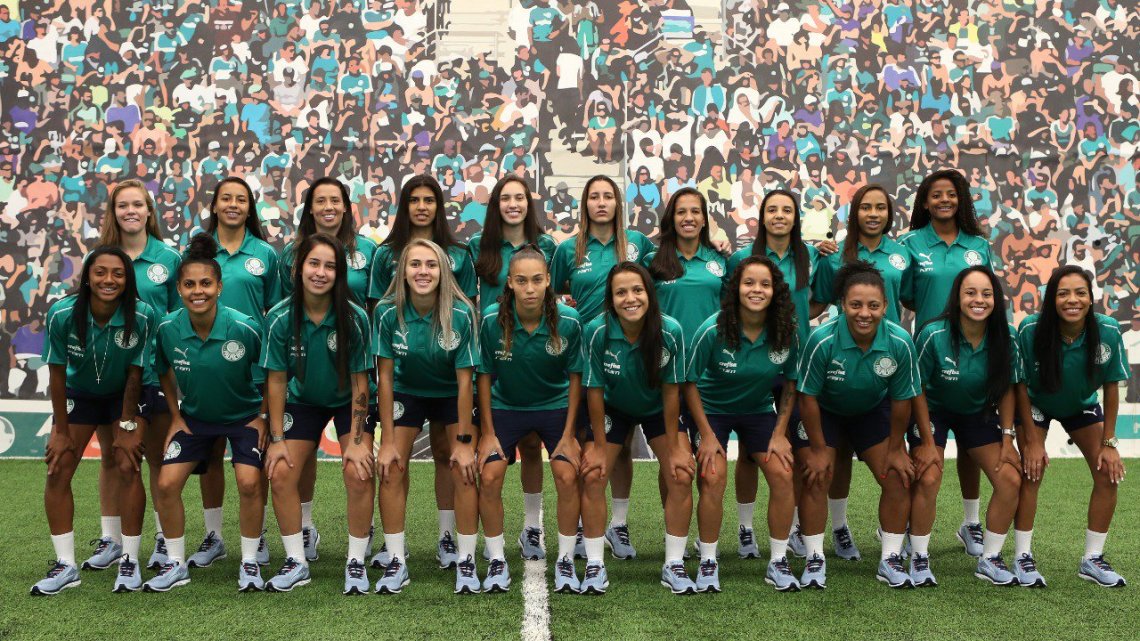 This morning, Palmeiras’ director of football presented the clubs’ women’s football team, in partnership with the municipality of Vinhedo, located 75 kilometres far from the city of São Paulo. The 20 athletes composing the squad were present and were called up, one by one, by coach Ana Lúcia Gonçalves. Several of the women have already served the National Squad, and most of them are young.

“Palmeiras always seek excellence, pursue objectives. Palmeiras will work hard. This will be a project, just like men’s football, to make us proud”, Alexandre Mattos explained. Alberto Simão, designated to manage Palmeiras’ women’s football, added that the partnership with Vinhedo was an opportunity for the club to rapidly mould an identity: the partnership will be valid for one year, with the possibility of renewal, and Vinhedo offers the structural part, while Palmeiras will cater for all financial investment – some R$ 3 million (US$ 800.000).

Exactly 40 years ago, in 1979, women’s football was made legal in Brazil, as a decree from 1941 was lifted that prohibited “the practice of sports incompatible with the nature of women”. Seven years later, the Brazilian Women’s National Team entered the pitch for the first time, playing a friendly against the United States.

What followed was decades of frustrating promises. Finally, this year, a solid incentive, as the Brazilian Football Confederation obliges all top division clubs to maintain a women’s football team – adult and youth divisions. The same goes for the South-American Federation: as of 2019, to compete in the Libertadores and South American Cups, CONMEBOL requires there be a women’s team.

Palmeiras set up their first women’s football team in 1997, but there has been little consistency. Early on, the club adopted the practice of partnerships with cities in the state of São Paulo to maintain the squads, as was the case with São Bernardo do Campo (2005-2006), Salto (2008) and Bauru (2012). In 1999, Palmeiras enjoyed their best season, finishing runners-up in the Brazilian Championship.

Forward Carla represented the Palmeiras players during today’s press conference. “We are happy to be part of Palmeiras. When I received the proposal, I had another from China, but I opted for Palmeiras. I knew Ana’s work from before; thinking of her leading a great team made me forget about China”. Ana Lúcia Gonçalves has a solid CV, including the Brazilian National Team and Ponte Preta.

Santos is currently the club with the strongest women’s team: they have been going for four seasons straight and are the current runners-up of the Libertadores Cup. Their coach is Emily Lima, the first woman to lead the Brazilian Women’s National Team (Nov 2016 – Sep 2017).

By the start of 2019, only seven of the 20 clubs to compete in the male Brasileirão sustained a women’s side: Ceará, Corinthians, Flamengo, Grêmio, Internacional, Santos and Vasco. Palmeiras’ partnership with Vinhedo is a quick fix, a means to rapidly get on track. Unfortunately, that also means the team will be at quite a distance from São Paulo, the Nelo Bracalente stadium in Vinhedo being the home grounds. Hopefully, this is a temporary situation.

Tomorrow Thursday, training starts. An additional five players are expected to join the squad before competitions kick off. Palmeiras women’s team will participate in the São Paulo State Championship and in the second division of the Women’s Brazilian Championship, denominated A2. The A2 is composed of 36 teams (see chart below) that will be divided into 6 groups. Top two teams from each group and the four best third-placed go through to the knockout phase. The four making it to the semi-finals qualify for first division play next year.

Anything Palmeiras will follow the development of the women’s team closely, wishing them the best of luck!