It is not for nothing the Brazilian league is considered one of the most difficult in the world. I am obviously not talking quality, but spread. Any given year, a large number of teams have real possibilities of bagging the title, and 2016 is no exception, the difference between the top six teams, after 17 rounds, having never been smaller than this years’ four points.
. 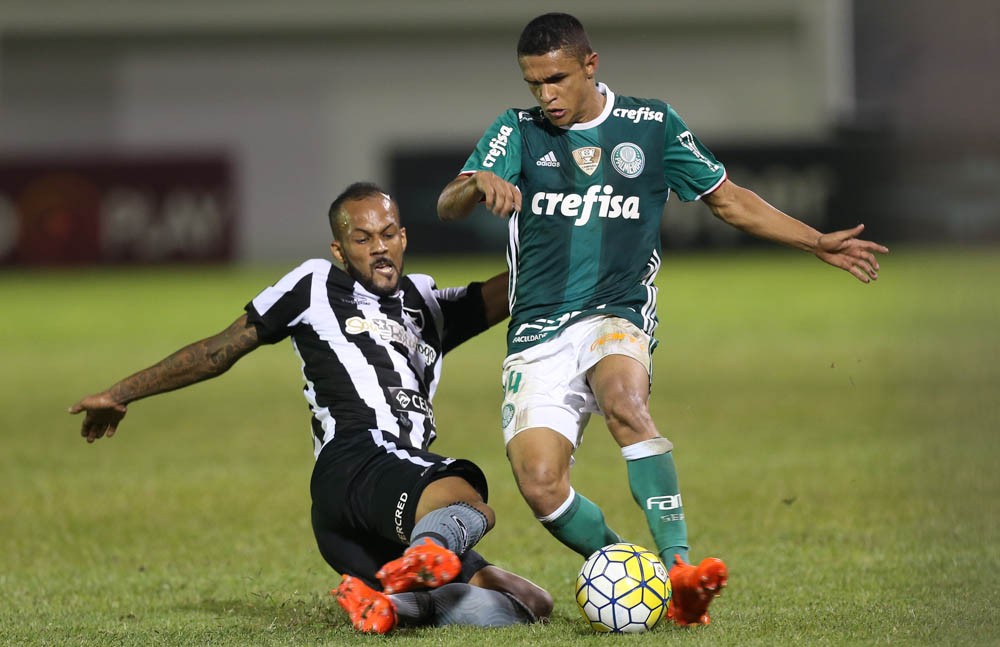 .
Palmeiras seemed nervous yesterday. Perhaps the pressure of closing the round, knowing all direct contenders had won their games, contributed. Moisés was back in the starting eleven, but there was no chemistry between him and Cleiton Xavier, once again underperforming. With Tchê Tchê suspended, Cuca opted for Thiago Santos, who had to double up his efforts, the Rio team cramping up the midfield. Up front, Palmeiras changed it up a bit with Leandro Pereira as a reference point, Erik and Guedes playing wide, leaving Dudu, rather surprisingly, on the bench.

Botafogo on one of those nights when everything run as clockwork… The result was not unfair and, as far as Palmeiras go, a combination of collective and individual failures.

The second consecutive defeat pushed Palmeiras down to third place, with the same number of points as Santos and one point behind Corinthians. Two rounds left in this first half of the championship: a tough away game on Thursday against Chapecoense, then Vitória at home. Cuca needs to take a long, hard look at his men at think outside the box, while at the same time go back to basics. I believe it is time to retract a bit from the optimistic and offensive style as of late, tighten defence and play on the mistakes of our opponents. Our squad has quality, our coach idem, and we all know the well above average working conditions Palmeiras provide. It is just a matter of riding out the storm then set the course straight. Simple. At least in theory. Now, we all know how hard it can be to shake off that negativity and anxiety once installed.

The hellish weekend was not restricted to Sunday’s bout, but actually kicked off on Saturday with the news that keeper Fernando Prass – serving the Olympic team – had been cut from the squad due to a fracture to his elbow.

After recovering from surgery in 2014, Prass played in 120 out of 124 Palmeiras games, never being out due to injury. Within a week with the Olympic squad, he felt the elbow. Rested for a few days. Was evaluated and declared ALL GOOD by the Olympic team’s medical staff, who put him back on training. Next day, off to the hospital, where a fracture was confirmed.

The whole thing stinks. Improper training paired with an incompetent medical team managed to screw up Brazil’s best keeper in less than ten days. Prass himself is, of course, devastated: finally called up for the National squad, this was (I believe) his one and only chance to pull on the canarinho jersey. Check out the swollen elbow…

Fernando is not expected back on the pitch this year. Vagner, his designated substitute for eight rounds, must now step up to a completely new challenge: be Palmeiras’ 2016 champion keeper. Anything Palmeiras wishes both men the best of luck in their intertwined but very separate paths in the months to come.