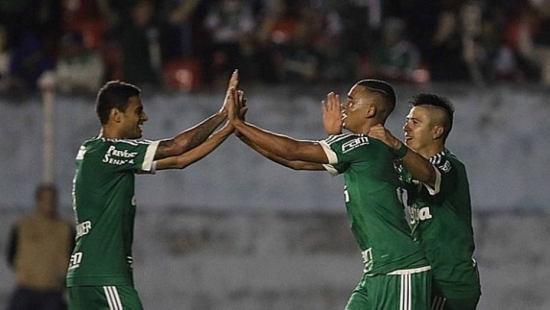 .
Against ASA, Palmeiras read Fernando Prass; João Pedro, Victor Ramos, Jackson and João Paulo; Amaral and Andrei Girotto (Dudu); Leandro (Gabriel Jesus), Cleiton Xavier and Kelvin (Gabriel); Cristaldo. That’s right: only two out of eleven names we would normally associate with a starting eleven – Prass and Ramos. Marcelo Oliveira took a calculated risk, with the backing of professionals in Palmeiras’ physical department as well as club directors: allow key players to rest and train ahead of Sunday’s upcoming clash with Santos, but run the risk of an early exit from the Brazil Cup.

The pitch was awful. The referee was awful. During the first 45 minutes, Palmeiras dominated but created little. The second half was going down the same route when Marcelo Oliveira decided he had had enough and promoted Dudu and Gabriel Jesus, who rapidly changed the dynamics of the game. At 24 minutes, Jesus scored his first goal as a professional for Palmeiras, a goal that propelled Palmeiras into the round of 16. The boy got rather emotional: check out the video here.