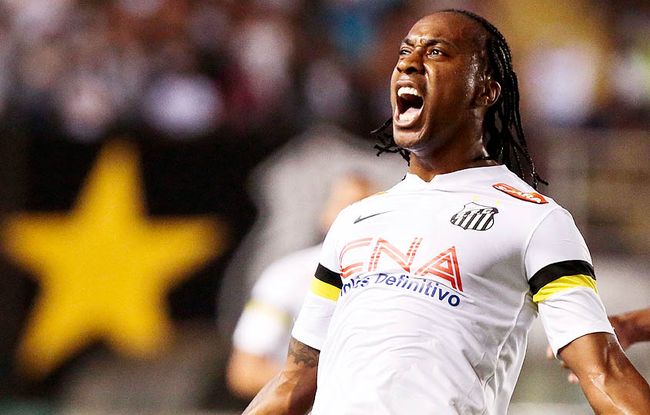 .
This afternoon, defensive midfielder Arouca agreed to withdraw his claim against Santos of roughly half a million US dollars in unpaid wages. The amount will instead be paid by Palmeiras, who in return will retain 40% of the player’s federative rights as Santos now have agreed to release the 28-year-old from his contract. The release would likely have happened anyway, tomorrow Friday, when Arouca’s case was to be brought up before a judge. By anticipating a deal, both clubs avoided what could have been a lengthy battle in the courts, in addition to keeping good, perhaps even excellent, relations between them. 40% of the player’s rights stay with Santos, while the remaining 20% belong to an investor.

Upon signing, Arouca will become Palmeiras’ 17th acquisition this season. And although both Zé Roberto and especially Dudu are considered big names, Arouca must be considered the heaviest hitter of them all. Strongly identified with Santos, where he resided 2010-2014, he has also played four caps for Brazil, in 2012.

As news leaked that Arouca was free to sign with Palmeiras, within minutes the #BemVindoArouca (Welcome Arouca) hashtag was trending on twitter.

Valdivia returned to the squad today. He was examined and, as expected, continues to suffer from an injury to the thigh. He will be put under special treatment.

Another player who will stay close to the medical department, but for considerably longer, is recently arrived forward Kelvin: he twisted his knee last week during training, did not tear any ligaments and will luckily not require surgery, but is expected back only in three months’ time. Leandro, Kelvin… The joke is Maikon Leite’s hiding a voodoo doll somewhere.