Interviewed in September of 2015, owner/president of Crefisa and Faculdade das Américas Leila Pereira refuted rumours she held intentions to become president of Palmeiras. “I cannot run for president now. I only recently became a member of the club and the statues say a person needs to have completed two mandates in the Deliberative Council [before being eligible for presidency]”, she told a reporter of Diário de São Paulo. Mrs Pereira knew she was looking at, at least, 16 years to fulfil any aspirations of the sort: eight years of club membership before eligible for the Deliberative Council, then two turns there, each mandate spanning four years.

No small surprise then when Mustafá Contursi, one of the club’s most senior oligarchs, in February of 2016 announced Leila Pereira was not only a club member, but had been so since 1996. Mr Contursi claims having made her an honorary member that year, while he was president of Palmeiras. However, no records of such an act have been found. And even if they were, the statutes does not give the club’s president the mandate to appoint honorary members at will: the procedure is actually fairly complicated, culminating in a decision taken by the plenary of the DC.

However, faced with the explicit threat of a non-renewal of the extremely lucrative sponsorship deal with Crefisa/FAM unless Mrs Pereria was allowed to run for a seat, newly elected Palmeiras president Maurício Galiotte granted Mr Contursi’s request for a revised entry date for Mrs Pereira. In Mr Galiotte’s thinking, the decision to bar Mrs Pereira was not his to make, but should be left to the DC, sometime after the voting (scheduled for early February) but before the newly elected took their seats in March. A few days after Mr Galiotte made his decision public, Palmeiras and Crefisa/FAM renewed their sponsorship agreement, worth an estimated 25% of Palmeiras’ total revenues in 2017-2018.

Why is having a political role at Palmeiras so important for Leila Pereira? Perhaps to please her husband and business partner José Roberto Lamacchia, a hard-core palmeirense (Pereira herself was born in Rio a Vasco supporter). Perhaps she enjoys the power rush. Perhaps it is in all the attention she receives while transiting from a very wealthy but anonymous businesswoman into someone who, in her own words, is recognized on the streets even outside of Brazil. Likely, there is a combination of the above and more; this unknown “more” factor making some of us rather nervous. 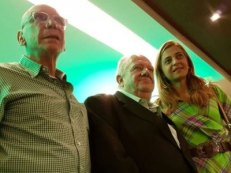 In any case, at the DC elections in February, Mrs Pereira did indeed run for a seat, as one of the candidates under Mustafá Contursi’s ticket. She was elected with a record 248 votes – several times the number she needed – and the extra votes spilled over to Mr Contursi, who thus reinforced his position in the DC with some 6-8 loyal names. In order to understand the impact of this, I quote Marcelo Santa Vicca: “The easiest way to understand how Mustafá Contursi’s head works is recognising he hates football and only cares for the social club”.

Today, 6 March, the Deliberate Council met to determine on the legitimacy of Mrs Pereira’s candidacy. On paper, a rather straightforward matter, one would think: void candidacy and therefore, void election. Nonetheless, she passed the trial like a breeze, only some 45 of the 228 gathered members of the DC opposing her inauguration.

The club´s statute was shredded in the most vulgar way. The immediate effect is the shame felt by many an honourable palmeirense, many of these outside the political sphere of the club. The medium to long-term effects are impossible to predict.

In addition to the above, the DC also elected two gentlemen as president and vice-president of the Council – Seraphim Del Grande and Carlos Faedo – both linked to Mr Contursi.

A moment of hesitation, and Palmeiras’ political landscape just recedes 15 years. Some thought the dragon had been slayed. It was not even sleeping.