No other major Brazilian club has been more active on the 2016/2017 transfer market. Four players have already received coverage here, namely (in order of signing) Raphael Veiga, Hyoran, Keno and Alejandro Guerra, but two more players of rank – both midfielders – have been added to the squad: Michel Bastos and Felipe Melo.
. 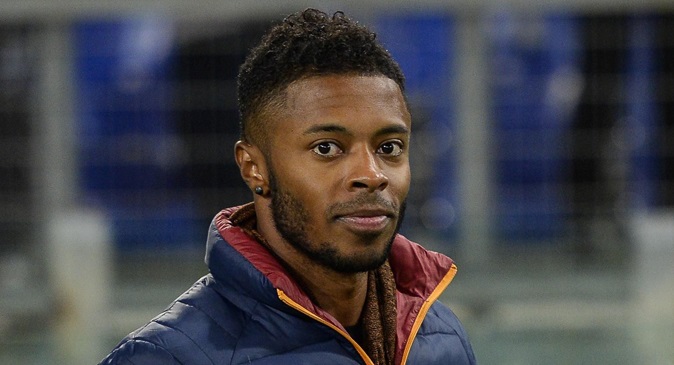 .
33-year-old Michel Bastos has been in Palmeiras’ sights for some time. The midfielder, who doubles on the right flank, played eight years in Europe (Lille, Lyon, Schalke 04, Roma) before returning to Brazil and São Paulo FC in 2014. With 10 caps to his CV, Bastos is very experienced, competitive, and in my opinion a very good signing. The agreement is for two years, extendable for one more year.
. 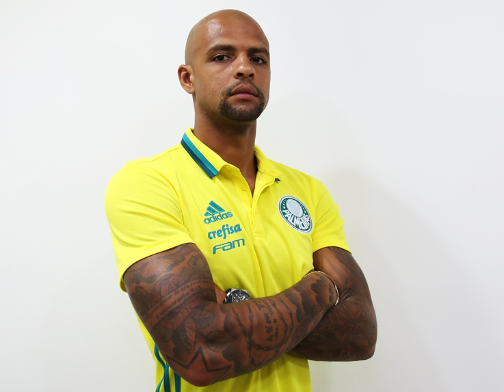 .
Felipe Melo is also 33, has a solid international career (Fiorentina, Juventus, Galatasaray, Internazionale) and 22 caps with the national squad. 183 cm tall, the aggressive defensive midfielder immediately struck a chord with the bulk of Palmeiras’ supporters, and their enthusiasm captivated the player in return. “I got really impressed by the warmth of the supporters. Even before signing, they already had me feeling like a palmeirense. That makes all the difference”, Melo stated yesterday. The contract is valid for three seasons. Another very good signing, up there leveled with Guerra.

However, Palmeiras have not only signed players, but also defined routes for most of those expected to have limited opportunity in the 32-man squad envisioned by coach Eduardo Baptista:

Three players are heading to Chapecoense, the Santa Catarina club forced to undertake a complete restructuring after the tragic and criminal plane crash. Defensive midfielder Amaral, centre-back Nathan and right-back João Pedro are all on one-year loans. Chapecoense have repeatedly expressed their gratitude toward Palmeiras, saying the Verdão is one of the few clubs to have followed up initial words of solidarity with action.

Right-back Lucas, who spent most of 2016 at Cruzeiro together with Robinho, is today in Rio de Janeiro undergoing medical exams before signing his transfer to Fluminense. Offensive midfielder Robinho is expected to remain in Belo Horizonte, although the deal – which was to include the transfer of right-back Fabiano to Palmeiras – seems to have jammed somewhat.

Matheus Sales, another defensive midfielder, will do a year with Bahia, from Salvador. Also playmaker Cleiton Xavier is heading for the same city, but will play for Vitória, in a permanent deal, releasing him from his contract with Palmeiras. In compensation, Palmeiras will receive 18-year-old offensive midfielder/forward Yan on a one-year loan, with an option to buy.

Defensive midfielder Gabriel will not remain at Palmeiras, his asking price for renewing considered too high by the management, Corinthians being the likely destination.

Forward Allione is reportedly close to Sport, from Recife.

While all of this is going down, palmeirenses near and far eagerly await but one announcement: who will be the club’s matador in 2017, the true #NINE? Speculations run wild, with heavy-hitters Miguel Borja (Atlético Nacional of Colombia) and Lucas Pratto (Atlético Mineiro) leading the polls. The former is favoured by most, but very expensive. Well, that is what we were told regarding Felipe Melo as well…