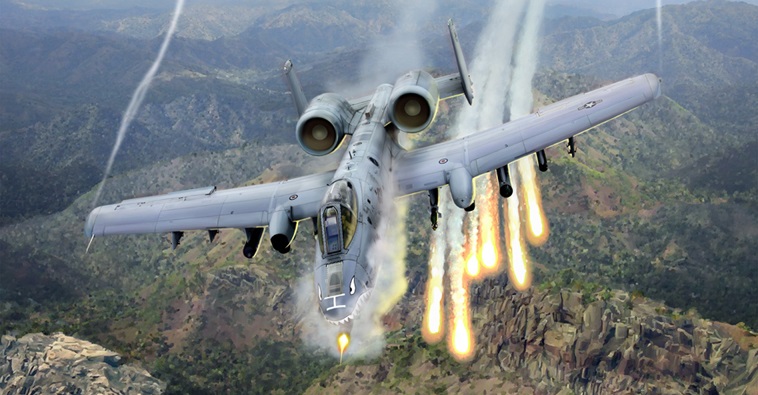 .
A classico is always a classico and results are unpredictable, no matter what shape the teams are found in at the moment of the clash. Some were hoping for a slaughter yesterday, but the most important thing were the three points, securely tucked away after an awesome display of airborne offensive firepower from our centre-backs Yerry Mina and Vítor Hugo – in their homage, the A10 “Warthog” illustration above, signed Mark Karvon.

Allianz Parque yesterday sported the second best attendance record of all times, just shy of the 40K mark. In an effort to spare Gabriel Jesus, the kid having played the lion’s share of Brazil’s World Cup qualifier against Colombia less than 24 hours previous to the Palmeiras game, coach Cuca opted for Allione on the right and Rafael Marques on the left, Dudu more centralised. Moisés was back in the starting eleven, which is impressive: during the week he did not train with the squad, only doing recovery exercises for the ankle strain he suffered against Botafogo/PB.

São Paulo were, as expected, cornered from kick-off to final whistle. Still, although Palmeiras were in control, the first half did not offer up many opportunities, partially due to São Paulo shrinking the spaces, partially due to uninspiring performances from Rafael Marques and, especially Allione. The Argentine forward has been given plenty of opportunities, but he just never ever… I believe yesterday was “it”, that we will not see more of him in a while, if ever.

Instead of Palmeiras, it was São Paulo getting that lucky break they were hoping for, opening up the scorecard early in the second half. Cuca, frustrated, swapped Allione for Gabriel Jesus, and things started to flow, Palmeiras inching closer to the goal by every attack. And although Dudu, Moisés and Tchê Tchê all had their opportunities, it was the set pieces that made all the difference. Enjoy the highlights below.
.


.
Jean and Mina saw their third yellow and are not travelling to Porto Alegre to face Grêmio. The gaúchos a few weeks back seemed very much in the title race, but have not impressed anyone in the last rounds and are now 10 points behind Palmeiras. Yesterday, Grêmio visited Coritiba and were losing 4-0 already in halftime. Palmeiras will certainly try to take advantage of the situation, returning from the south with three points in the bag.

Apart from finding suitable replacements for Jean and Mina, Cuca needs to imprint players with the importance of staying cool and making the outmost effort to avoid bookings against Grêmio. Palmeiras cannot risk facing runners-up Flamengo without key players, and that certainly includes Gabriel Jesus. Will he escape the trap on Sunday? The championship could depend on it.