Monday evening and I’m participating in the commemorations of the Turkish national day – a popular event among diplomats as the Turks are known for their hospitality and for serving good food in generous amounts in a beautiful setting. The military orchestra have just executed the Brazilian national anthem and the first notes of the Turkish anthem are filling the large Embassy reception area while I glance over to the Turkish ambassador on the opposite side. And directly to his left… Wait a minute. Who’s that, standing next to the ambassador? Could it really be?

As soon as the anthem finishes I move closer, getting the confirmation I seek as the man flashes an easily recognisable grin before edging toward an inner room followed by a camera crew. Alex, the former Fenerbahçe star, just back in Brazil after eight very good years in Turkey. Alex, who signed a two-year contract with Coritiba two weeks ago, frustrating cruzeirenses and palmeirenses alike.

While Alex’s getting ready for an interview with the guys from SporTV, I introduce myself and we shake hands. I watch the interview, and then hang around while he does a second one, this time for Marcos Paulo Lima from the local newspaper Correio Braziliense. I try keeping one ear on the interview while maintaining a conversation with very pleasant Acaz Fellegger, Alex’s press adviser. The reporter touches upon the topic of Palmeiras and again, Alex confirms just how hard it is to play for Palmeiras and how much of the political struggles and the complicated management trickles down all the way and into the locker rooms, negatively influencing the squad. “If only half of what I read and hear about Palmeiras is true…” he says, highlighting an important factor that no doubt influenced his decision when looking into options upon returning to Brazil.

A little later, I have a few exclusive moments with Alex. We talk about his departure from Turkey and Turkish football. Although rather contained, Alex makes no secret of the fact that the sudden break and return to Brazil has been anything but easy – for him and for his family.

I proceed to congratulate him on his decision to return to his home town and sign with Coritiba. Still, I need to ask: you sure these are your last two years as a professional? The answer comes quickly: if I stay healthy and without injuries, who knows I might keep playing for a bit longer? Again, it becomes clear that his return to Coritiba at this time was not set in stone and that Palmeiras – had the club been able to offer stability and professionalism – possibly could have signed him, if only for a season.

With my wife and Acaz joining in on the conversation, the pleasant evening progresses as people every now and then approach Alex and ask for a picture. He attends every request promptly and always with a smile. When it’s time to leave, I wish him good luck in his continued career – except for when playing against Palmeiras – and he laughs. The ambassador comes by, there’s a last round of hearty handshakes and that’s that.

In my mind, three things stand out from this encounter with Alex:

1) The man is hugely popular and much respected in Turkey. I mean, he’s flown in from Curitiba to the national day commemorations at the Embassy? I’ve never seen anything like that in my 14 years of diplomatic service in the Capital.

2) Alex is every bit as considerate and generous as I’d come to imagine from our previous but virtual contacts. 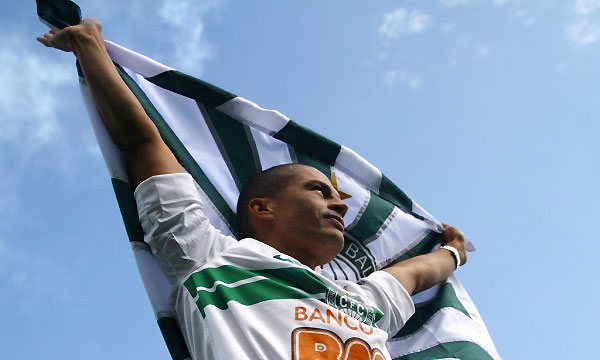